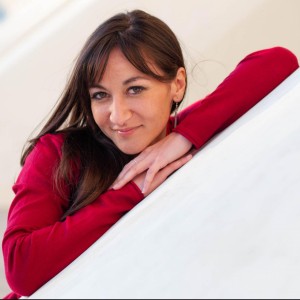 The start of this story is typical: a busy e-commerce store marketing across multiple channels to varying degrees of success. In such situations, email marketing is often neglected which is ironic because it’s the online channel that offers the most control.

Unlike paid traffic, email puts you square in the pilot’s seat ? of your messages’ visibility and context, while in other channels many hands, ranging from Google’s data scientists to random reviewers, each take a turn at the wheel. Not to mention email is virtually costless to send.

As the shop raced from website upgrades to social branding campaigns, email slipped below the radar. Fortunately, once the owner recognized what was happening, the decision was made to outsource email marketing to a team that works with nothing else, leveraging the full strength of the channel’s unique independence.

That’s when email revenue got off auto-pilot and began to soar ✈, not only tripling in three months, but also climbing as a percentage of the store’s total revenue, accounting for more than a fifth in May from a mere 6% in February. It wasn’t all blue skies, though ⛅. In the second month, various anti-spam measures, segmentation and testing uncovered a deliverability problem that was beginning to emerge. Left unchecked, legitimate emails could have been hijacked into spam folders in massive numbers. Fortunately, though, a close analysis of the data identified how lists could be cleaned with a special automated process and then segmented to, first, contain, and, after several weeks, eliminate the problem before it spread.?

The program continues today, built upon a robust infrastructure and a great inflow of data “clues” that suggest new campaigns and automations to try. Many of these tactics are only possible in email–some only with a sophisticated email segmentation and testing infrastructure.

This is because email can make offers far more personalized than those of any other channel. In fact, the most profitable dollars come from email marketing because they are from current customers. Unlike new acquisitions suddenly thrust into a sales funnel, email marketing can be carefully nurtured in an intimate, personal conversation.

These are the conversations that the shop is now having with much greater success than ever. In many ways, it has only just achieved take-off. ?